While Lenovo shares its futuristic concept of a new laptop with a flexible screen (June 2017), others like Samsung file patent applications on the exact same matter. It seems like the future of personal computing is all centered on the screen flexibility.

Though, companies are struggling with this concept for almost a decade by now and hundreds of patent applications were filed and published in this period, the only every-day life result of their hard work that we see are curved monitors of TVs and smartphones.

So why not fancy a bendable laptop with a flexible display with a projected keyboard directly on your working surface or something similar…. but with a regard to the patented technology by now? Let’s give a quick glance, for instance, at what Samsung will most probably bring to the market in the nearest future. 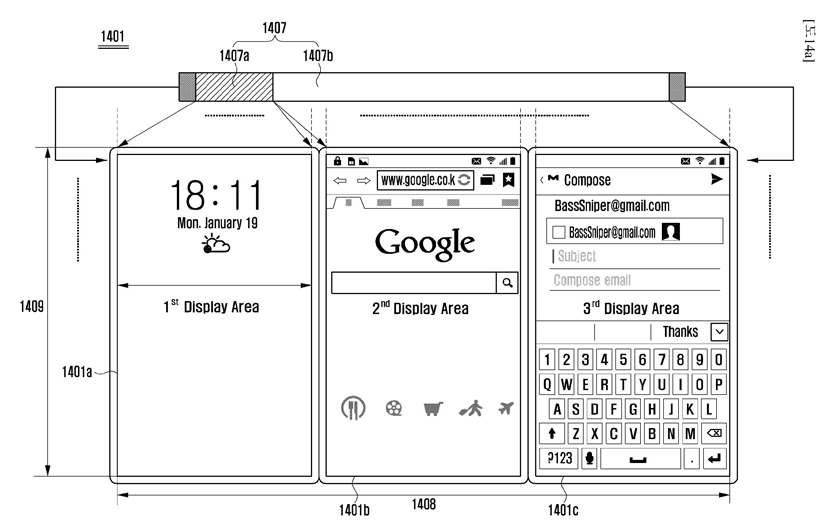 Chris Kieffer, an art director and UI designer who worked for many of futuristic films, like Pacific Rim, Geo Storm, Transcendance , etc., have also anticipated in American TV series Westworld what Samsung now projects into reality.

Westworld UI – A Supercut from madebysan on Vimeo.

Along with Youm, presented at CES in 2013, the company has also launched a futuristic concept video, designed to introduce us into an era of “flexible devices”.

Despite all the technical solutions found by the company in the meanwhile, the mass production might still be an issue not so much for the screen’s flexibility, as for the hardware solution that might permit its desired functionality.

Another interesting concept that might finally see its real-life incarnation in the nearest future is an electronic device that can be shaped as a bracelet or be used flat. This type of flexible device was already anticipated with patent application n. WO/2013/089392 published in June 2013 (with priority n. KR 10-2011-0136596 16.12.2011), which, in fact, featured a bendable display device and the displaying method.

Now, application n. WO/2017/105048 published in June 2017 with Korean priority of December 2015, outlines a device and a method of its manufacturing that features different configurations: from flat to round shape. 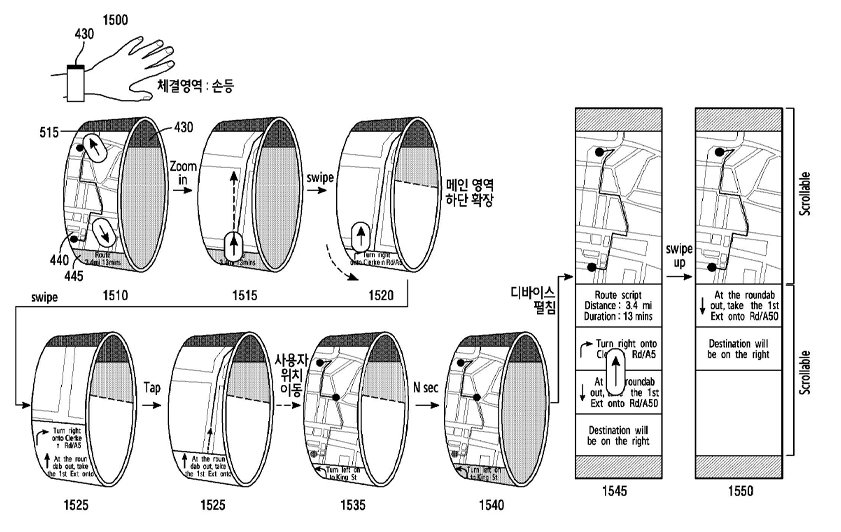 The idea of a “flexible screen” is not new; it seems like the U.S. Army was interested in such devices from the early years of this century. The Flexible Electronics and Display Center of the Arizona State University was established in 2004 by the U.S. Army and it develops the advanced flexible, lightweight and low-power devices for commercial and military applications. 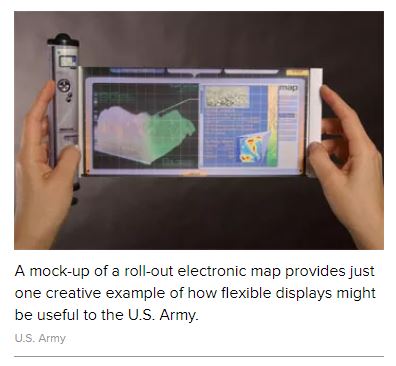 And what if the future was, in fact, after “stretchable” displays, which can display images also when displays are stretched by external forces. 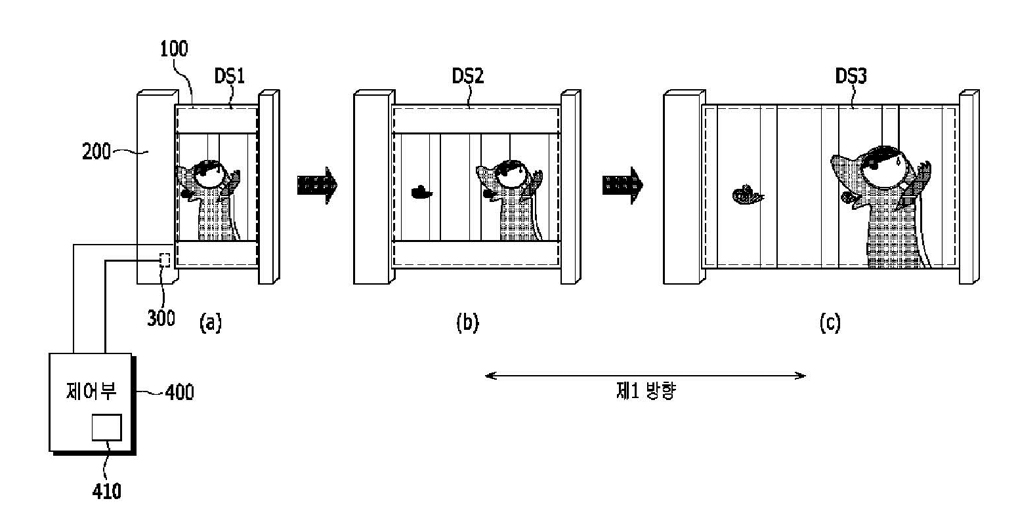 Still after so many years it’s difficult to say when exactly we will see these concepts really working and neither we may know if all of them will be suitable for mass production and real life challenges.