Defense in the patent infringement proceedings, counterclaim for unfair competition and request of damages

Defense in the patent infringement proceedings, counterclaim for unfair competition and request of damages

Scope of our consultancy: Defense in the PATENT INFRINGEMENT PROCCEEDINGS, counterclaim for unfair competition and request of damages 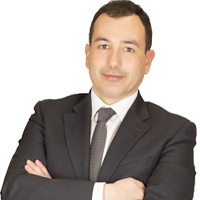 
Summary of the case

The Italian authorities have carried out a seizure of two products of the client company Bonomini S.r.l. at an important trade fair. The carried out preliminary injunction was granted by the Italian Public Prosecutor's Office (penal action) for an alleged infringement of patent rights, following a formal claim filed by a Dutch competitor.

The Dutch competitor also filed a complaint with the specialized IP court of the Tribunal of Bologna, accusing Bonomini S.r.l. of counterfeiting two European patents, and obtained the authorization to inspect the stand of Bonomini S.r.l. inaudita altera parte (without hearing Bonomini, i.e. without advance notice).

The owner of Bonomini S.r.l has contacted our firm for legal and technical assistance in both civil and penal proceedings.

Our attorneys have examined the two European patents of the Dutch competitor. One of the patents was not validated in Italy when the seizure has taken place and, therefore, it could not be taken as a base for any action in the Italian territory at that time. Moreover, several valid arguments were found supporting the non-infringement of both patents by the seized products.

The Dutch competitor abandoned the civil proceedings relating to the inspection and seizure of Bonomini S.r.l products, at the trade fair. The criminal proceeding has concluded in favor of (the owner of) Bonomini S.r.l following the submission of the statement of defense, based on the technical legal opinion prepared by our attorneys.

Bonomini S.r.l. has obtained the disclosure of competitor’s accounting books and a compensation for damages. Bonomini S.r.l. has also gained the right to fully disclose the judgment of the court in their communications to their clients, as well as a permission to release all details to magazines and newspapers, even those outside the related industry.

The Dutch competitor then filed a counterclaim for infringement of its two European patents and of one further patent application (of which one of the two patents was divisional).