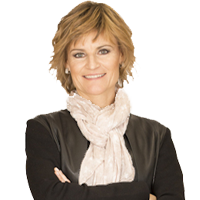 Attorney Fulvia Sangiacomo recounts a recent case concerning the right to use a personal name. Due to the delicate nature of the matter, we have omitted the real name of the client.

The lawyers of Mr ROSSI (fantasy name ) requested BIESSE technical assistance in the defense of their client, who claimed the right to use his personal name and surname in the trademark of his new company (MARIO ROSSI & XX Srl) after Mr. Rossi had left the family business (Rossi Spa).

The scope of our advice:

According to the principles that regulate the right to use a personal name, a recogniszable sign consisting of a personal name must not, as a rule, be adopted as a trademark or as a company name if it has already been used or registered by third parties in identical or similar goods and services classes not even by the person who legitimately has that name. Therefore, Mr. ROSSI did not have the right to use his personal name and surname in the name of the new company in the way he has chosen to do.

Attorney Sangiacomo has provided guidance on the actions implemented in the upcoming major trade fair, in Germany. In order to protect her client, the attorney placed preventive measures (filing a protective letter (schutzschrift) in the competent German courts ) designed to restrict access to the exhibition stand of Mr.Rossi by his competitor (ROSSI Spa) and therefore avoid any eventual consequent damage to his public image.

Attorney Sangiacomo has assisted her client in the formulation of a settlement agreement under which Mr ROSSI committed to change the company name and trademark of his products and obtained the right to place on his products and packaging, the wording or label, “DESIGNED BY MARIO ROSSI” or equivalent.

Scope of consulting offered: RIGHTS TO USE A PERSONAL NAME

Mr. MARIO ROSSI (not his real name) has worked for several years in the family company, ROSSI Spa, well known in Italy and abroad.Mr.Rossi was a partner, CEO as well as designer of the most successful products of the company. For family reasons, Mr. Rossi decided to leave the family business and start his own company in the same sector. No non-compete clause was signed by Mr. Rossi upon his company assets liquidation.

Mr. ROSSI then started the new company under the name MARIO & ROSSI & XX SRL, launching and distributing new products to the market under the trademark MARIO ROSSI & XX. His former company ROSSI SPA reacted immediately by requesting a preliminary injunction consisting in goods’ seizure and inhibitory action founded on the existence of a number of trademarks registered in Italy and abroad.

Mr. ROSSI's lawyers then asked BIESSE to provide technical assistance in the defense of their client who claimed the right to use his personal name and surname for the new company.

BIESSE showed that, by law and established case law, a recognizable sign consisting of a personal name must not, as a rule, be adopted as a trademark or as a company name, if already used or registered by third parties in identical or similar goods and services classes, even if the person lawfully uses that name, except the case of the principle of professional ethics. This is due to the fact, that in the field of business and commerce, the right to the name undergoes suppression where it has become subject to registration by others. It follows that a personal name of a company partner is not allowed to be used in the company name, if the personal name coincides with a trademark registered by a third party.

In order to comply with the principles of professional ethics, the commercial use of a surname corresponding to the trademark registered by others cannot be used as a trademark thus with distinctive aim, but can only be used for descriptive purposes.

Adding the name to the surname is not in itself a sufficient element to exclude improper use.

Therefore, Mr ROSSI was not entitled to use his name and surname for the new business in the manner he was doing.

Since Mr. Rossi was about to exhibit products at a major trade fair in Germany, BIESSE advised his lawyers to file a protective letter (schutzschrift) with the competent German courts, in order to prevent ROSSI Spa from eventual acting against Mr. ROSSI during the trade fair. BIESSE assisted the lawyers of Mr. Rossi in the above mentioned preventive measures in Germany, whereby Mr. Rossi did not suffer competitor access to his stand at the trade fair and thus avoided any consequential reputational damage.

With the support of BIESSE, Parties have subsequently come to asettlement under which Mr. ROSSI has committed to change the company name and product trademark in MR & XX, but has been allowed to label his products and packaging “DESIGNED BY MARIO ROSSI” (or equivalent wording) with dimensions and characteristics that allowed his recognition as a designer within the market.

The non-compete agreement is a clause under which one party is limited to engage in professional activities, in competition to the company, following the cessation of work or collaboration.

In order to be efficient, the clause must meet the following requirements: (i) written form, (ii) maximum duration not exceeding the law (5 years), (iii) limitation of place, time and subject, and (iv) be compensated (remunerated).